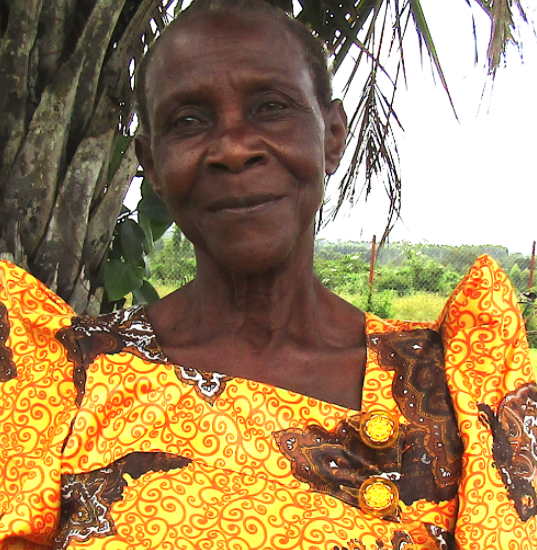 Meet Ruth Namwanje, a ROTOM supported senior. She thinks she is 75 years old but is not certain because at the period of her birth, births were rarely recorded in Uganda. Ruth is still married to her husband Joseph. Together they had 10 children – 6 boys and 4 girls. Unfortunately, 3 of their sons and 1 daughter sadly died of HIV/AIDS. Ruth was born in a small village called Ndiiba in the heart of Uganda and had several brothers. Although Ruth went to school briefly, she was never academically inclined, rather she excelled in athletics and loved to run races. She represented her school in interschool, interdistrict and county races.

After grade 4, Ruth’s father pulled her out of school and told she had to learn how to run a household because she would be getting married soon. When asked whether she resented her father for pulling her out of school, Ruth is quick to defend her father that this was the practice of the time. (Girl’s who lived rural poor communities never went to school.) Ruth was fortunate to attend school 4 years and learn how to write her name and read a few words. Although she was just a child, Ruth like other girls in her community, was being prepared for marriage as early as [possible. Her brothers, on the other hand, were encouraged to go to school and every morning Ruth watched them with envy as they traipsed off to school and she dragged herself to the farm. In short, Ruth had dreamed of studying to become a doctor because she loved making people better.

Unfortunately, this dream never took wings. It died in the heart of a little girl who instead of being trained in school was being trained to become a wife and mother as soon as possible.

Ruth was given a choice to find a husband, but when at 20 years of age she had not succeeded, her father took matters into his own hands and found her a husband. Like Ruth, Joseph had also failed to find a wife for himself and when Ruth’s father approached Joseph’s father, it was a relief for both of them. Ruth’s father loved Joseph because he was a humble man, he was hardworking and he had no girlfriend. Joseph’s parents accepted Ruth to be their daughter in-law. Although Joseph was 20 years older than Ruth, she was content to build a life with him.

Joseph’s parents organized a wedding party and brought a dowry (bride price) to Ruth’s parents. The bride price included gomesis (traditional dresses, sugar, jerry cans of locally brewed liquor, a chicken and a cow’s thigh. After Joseph’s family paid the bride price, Ruth wore a white dress and left with Joseph that evening to start her married life. Ruth was so favored by her new in-laws that they had prepared a surprise wedding party in their home for her. There were traditional drummers and dancers who welcomed her together with the whole village of Nkulagirire. They danced and drank till morning.

Ruth says she has never regretted marrying Joseph, he is a wonderful man. Together they worked hard doing menial odd jobs and raised money to buy a piece of land of their own. They worked even more to build a house with baked bricks and a tin roof. Ruth was beyond excited to move out of their mu and wattle house into their new house!

Together they raised children, buried their 4 children, comforted each other and grew old together in Joseph’s home village of Nkulagirire Uganda. This is where ROTOM found them and registered them into the RITIN Senior Friendship program. Now Joseph is very weak and frail. Being older than Ruth, he is weaker and Ruth is lovingly taking care of her husband. Besides nursing her husband, Ruth is also the main caregiver to the children of their deceased sons and daughter. She grows the food they eat on their land and also cares for their animals.

Joseph and Ruth are thankful to ROTOM for financially supporting them with monthly food. Although in their youth they worked very hard, Joseph and Ruth were never able to save money for their old age and now Ruth is no longer able to grow enough food for them.

As for their 6 surviving children, uneducated as they are, they have very limited opportunities. They all do odd jobs in their community and are barely getting by. So, they have no way of supporting their parents financially. Ruth is happy that one of her daughters was officially married. She introduced her husband to her parents and he paid her bride’s price, that included bags of sugar, clothes, beef, chickens, soap, salt and money. Ruth and Joseph used this money to renovate and paint their house. With the left-over money, they bought chairs for their home.

Their 3 orphaned grandchildren are supported by ROTOM in The
ROTOM School. Their names are Ali, Ruth and Emmanuel. This reduced the financial responsibility of raising the grandchildren. Ruth is working so hard to see that at least one of these grandchildren become a doctor to pursue the dreams that she once had. In total, Ruth and Joseph are raising 6 grandchildren; James, Bosco, Joshua, Ali, Emmanuel, and granddaughter Ruth!

Ruth grows crops like beans, corn, sweet potatoes, Matooke only for their home use. She also picks and sells coffee beans to meet their household’s needs. And her eldest grandchildren help her in the garden.

Ruth is also raising a pig which she received from ROTOM to improve her income security. The pig gave birth to 5 piglets and Ruth sold off 4 piglets and gave the 5th one to another ROTOM senior to raise. She used the money from the sale to pay school fees for the grandchildren who are not supported by ROTOM. She sold each piglet UGX 50,000. In total, she earned UGX 200,000 from her 4 piglets. Her pig is pregnant again.

Ruth loves the ROTOM fellowship meetings because here she finds encouragement, sound advice and friendship. The seniors’ fellowship is a great place to learn how to better care for her frail husband. Ruth also loves interacting with the health worker because health care has always been her fondest dream.

Although Ruth only had 4 years of school, she never forgot how to read and always reads biblical scriptures out loud to her fellow seniors in the fellowship meetings. Ruth also helps with preparing the fellowship meals and also clean up afterwards.

Ruth’s normal day looks like this. She wakes up at 6:00 am to prepare tea for her family. To keep it hot, she keeps it in that vacuum flasks they received last Christmas from ROTOM. At 8:30 am she wakes her husband, gives him a cup of tea and his medicine. She then wakes up her 2 oldest grandchildren James and Joshua and together they go to the garden to care for their food crops. After working hard for a couple of hours, they harvest food usually sweet potatoes to take home for their day’s meal. They also collect firewood, and banana leaves which they use in cooking. They also gather sweet potatoes stems and leaves to feed the pig.

Back at home, Ruth again wakes her husband to serve him a cup of tea. She also gives everyone tea from the vacuum flasks. Her grandchildren then go out fetch water and take the goats out to graze on bush. While Ruth prepares the day’s meal as well as boiling the sweet potatoes peels for the pig. While cooking, Ruth cleans the house, gives her husband his bath and then she too takes her bath. By 2 pm, lunch is ready to be eaten while supper is left on the fire to keep warm till later in the day. Around 4 pm, Ruth either works on her mat or goes out to visit her friends till 6 pm when she reminds the children to bring in the goats, and bath. At 7 pm, they have supper, have a family prayer period, and everyone goes to bed.

Ruth’s story is one of love, commitment, and of a woman who chose to be an everyday heroine to her husband, grandchildren and community in small ways! Won’t you please join and give to her wonderful family today?

If you feel compelled to give to Ruth’s family, click the button to make a difference in their lives.

Did you know 80% of ROTOM Seniors have some type of chronic illness and most of them rarely ever leave their homes? 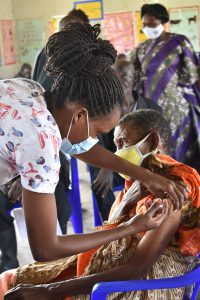 This month, can you help one of our seniors with their most pressing needs? Do this by giving a special, one-time gift to your senior!

Make a Health Impact today and change their health and life for years to come!

Donate by clicking below. 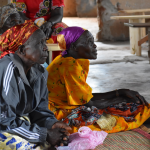 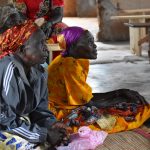 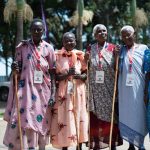 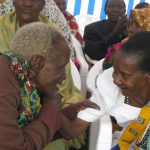 Reach One Touch One Ministries, USA