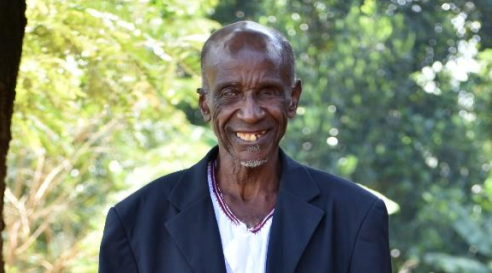 John has been in the ROTOM program for 12 years. He lives alone in his small house in the village of Lwanyonyi. John had three children; a pair of twins who passed in their early age and another who was taken away by the mother after they separated. John has no contact with his family because they all moved to different communities and others have passed.
Traditionally in John’s culture, when you have a daughter and she marries off, you would receive a “Kanzu” from the groom’s family. Unfortunately, John has no daughter and he says he didn’t have any hope of receiving such a piece of clothing. In his own words, John says;

“I really admired my friends when they received Kanzus from their sons in law. It was always my heart’s desire to get a kanzu one day but I could not afford it. However, ROTOM helped my dream come true. This Kanzu is so precious to me and I only wear it on special occasions. This Kanzu has earned me respect and admiration among my friends. When everyone sees me wearing it, they know that there is a special occasion that I am going to. I love my Kanzu so much”. 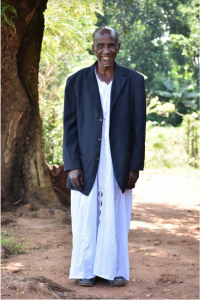 Support Us when you Shop at Amazon!